new zealand cuisines you must try

When you are on a trip to New Zealand, apart from filling your checklist with the amazing experiences that New Zealand has to offer, you must check out some famous food in New Zealand to live your cravings.

From deeply connected cultural preparations to modern experiments, this place will serve you a mix of all on your platter and won't let a chance for your tastebuds to regret. 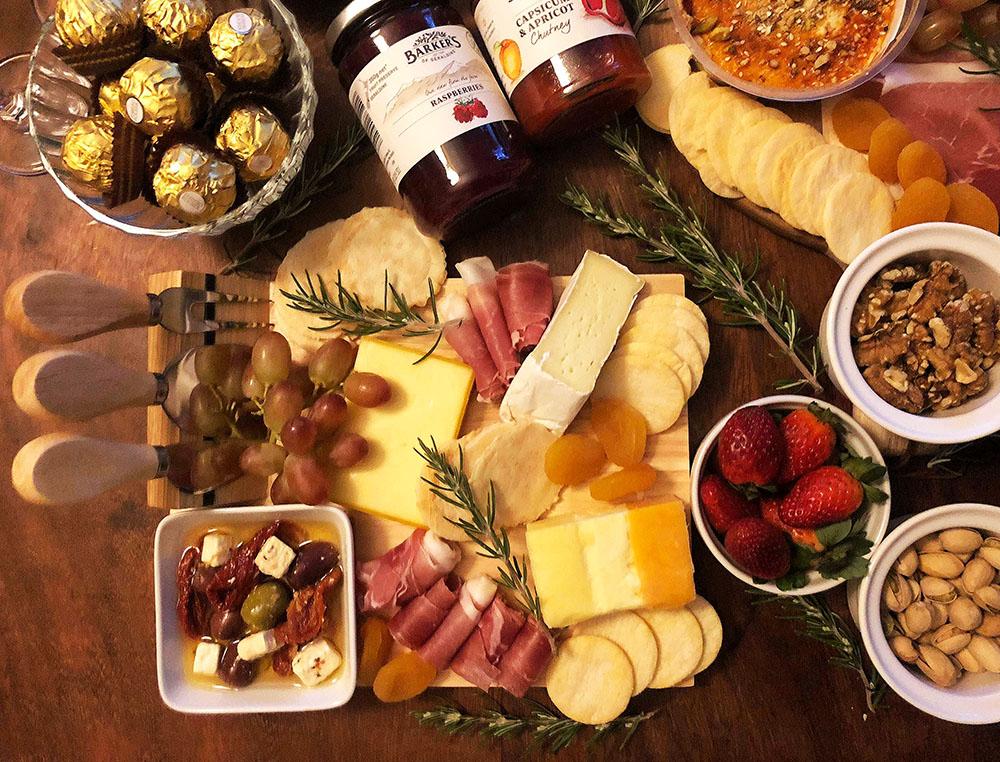 If we get in details about the cuisine, it is greatly varied and at the same time inspired by both culture and the availability of ingredients.

For people in New Zealand, the main meal of the day is dinner. Families generally try to eat dinner together.

People in the country believe more in cooking food from natural ingredients rather than packaged food.

What is Bring A Plate

So if you are in New Zealand for a while and your neighbour or a friend calls you for a "potluck" or "bring a plate", you must not just take a plate to their place.

In New Zealand, this is like a part of a culture where you have to bring a dish to a party you have been invited to. In this way, it is more economical for the host as well as the people get a chance to taste different foods.

So, if you are planning to go to New Zealand here is a list of New Zealand famous foods, that you should definitely try while you are here -

You cannot miss this amazing delight while you are in New Zealand. Kiwis are crazy about the hokey pokey ice cream and can even choose it over any other thing.

The best places to eat in New Zealand includes Giapo in Auckland which serves delicious hokey pokey ice cream. This place is famous all over New Zealand for the amazing ice creams. You can even find gluten-free and vegan ranges here. 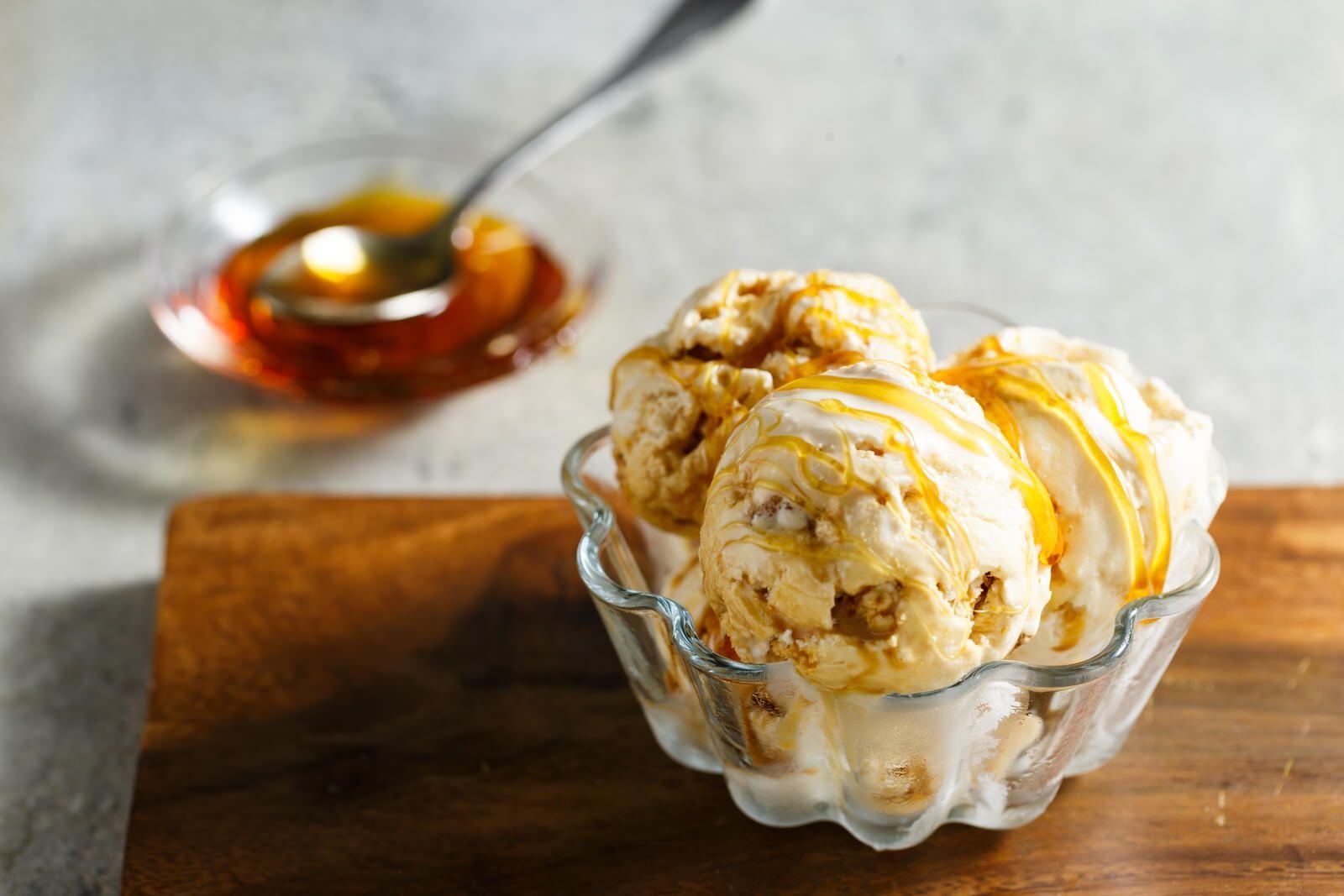 New Zealand has its roots deeply connected with culture and so is the famous food from New Zealand. Maori hangi is basically a non-vegetarian dish in which the vegetables and meat are cooked slowly in an underground traditional oven system. 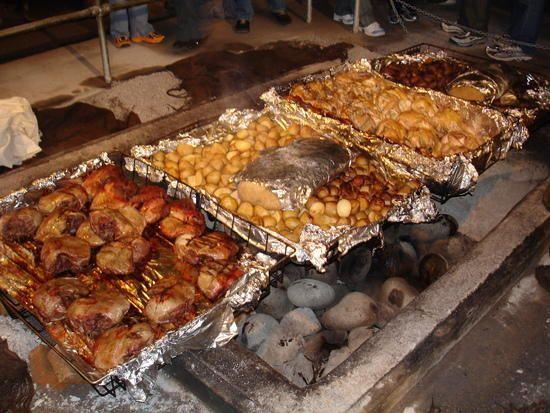 As the staple food of New Zealand generally includes seafood, crayfish is one of their favourites. It is also called lobster and is considered to be costly among all seafood. Yet you must try a crayfish dish while you are in New Zealand. 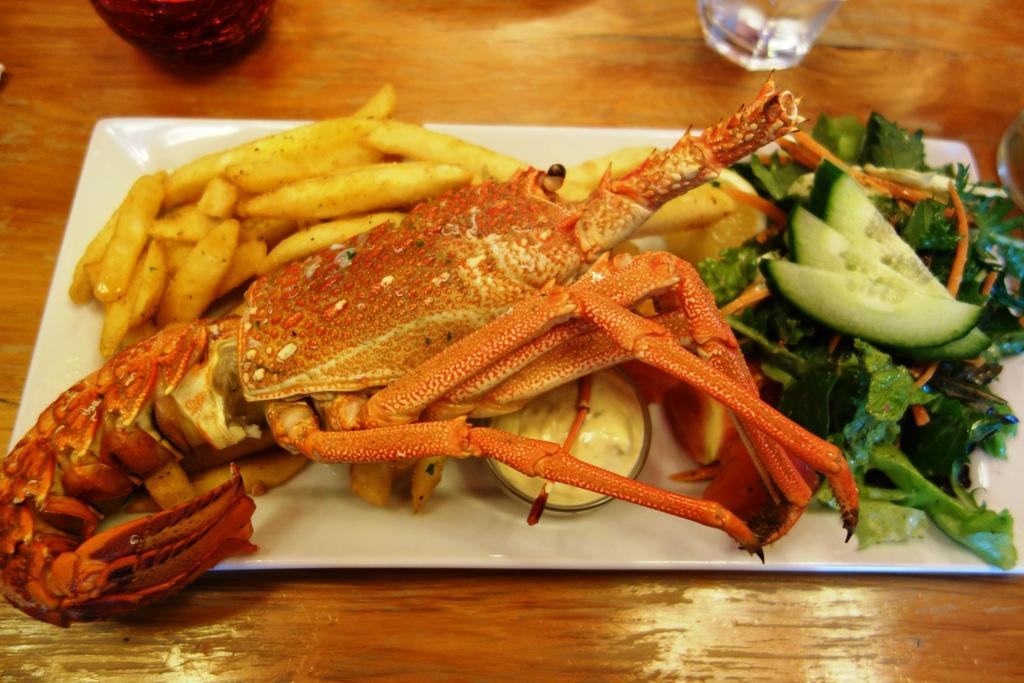 It is the best burger in New Zealand.

You must be wondering how different can it be from the regular burgers?

But you will be amazed to find out that it has all the weird ingredients you can imagine a burger to have. Apart from the normal burger bun and stuffing, it also has beetroot and fried eggs.

It might not sound a great idea to experiment with your burger but you must try the kiwi burger yourself to find out why people are crazy for it.

There have been different stories in both New Zealand and Australia as to who invented the Pavlova, but whoever invented it must be awarded as the best chef for sure.

It is a sweet delight often prepared on festivals and feasts using some generous amount of whipped cream, meringue and fruits. So save the sugar rush on your trip for this absolute favourite of the country.

Whitebait is basically a species of fish found on the West Coast of South Island in New Zealand.

It is considered as the best seafood in New Zealand South Island. So if you want to try some best seafood of New Zealand, whitebait fritters should be on top of your list. Locals will tell you how crazy they are for these fritters and you would see them everywhere near the West Coast.

You can definitely take a bottle of Manuka Honey along with a thousand memories from New Zealand when you head back to your home. Manuka honey is made from the nectar from the Manuka tree which is found all over New Zealand.

Manuka honey is said to be more viscous and also has a special essence.

So do not forget to try and take some with you. 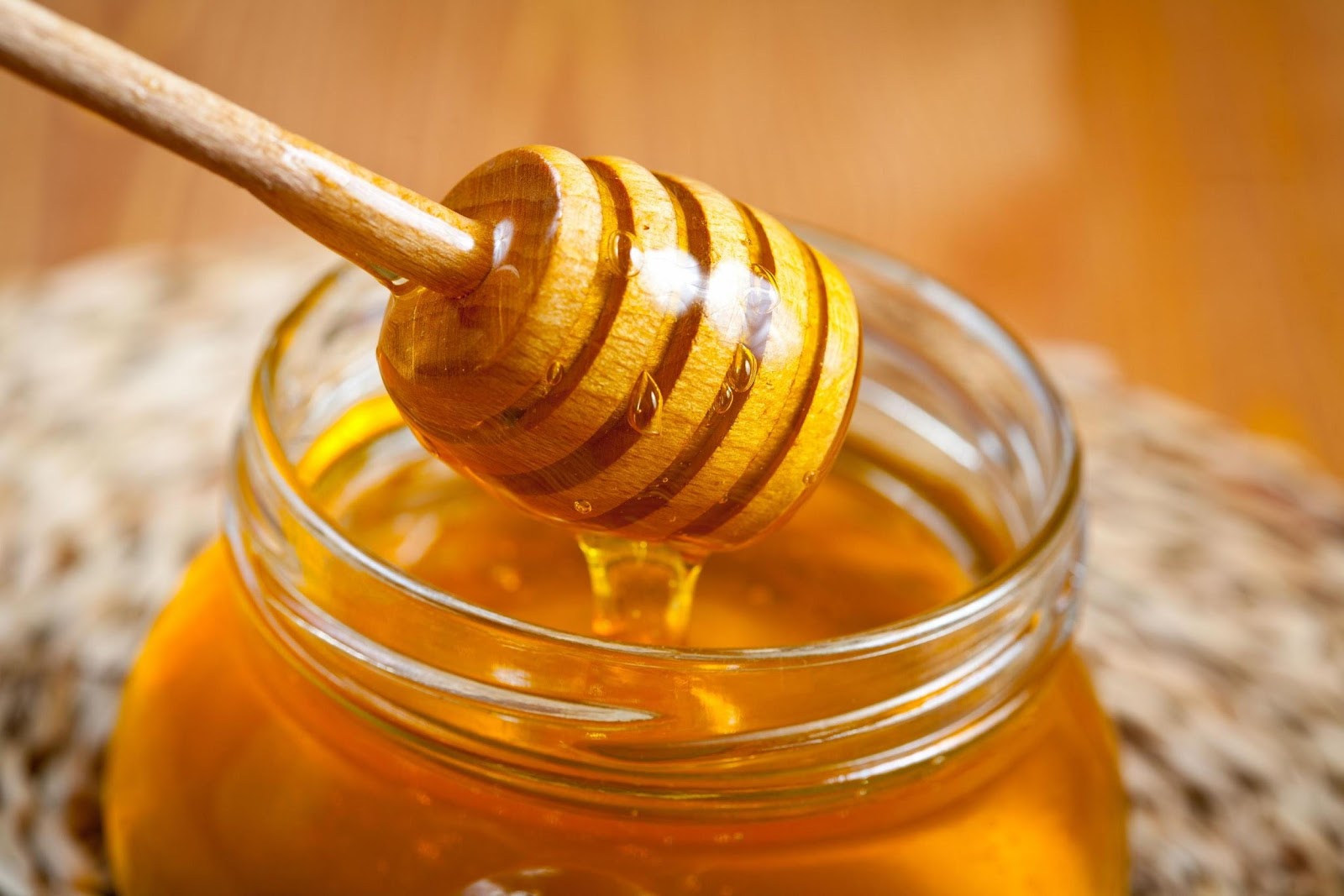 Who would not like a warm, cheesy meal for lunch? It is called the best lunch in Queenstown.

Savoury pies are exactly what you can grab anywhere in New Zealand.

It is a pie stuffed with mince, steak, fish and of course cheese. You can even choose your favourite filling and you are good to go for your day.

It is a type of paste prepared using yeast extract, some herbs and spices. New Zealand produced marmite in 1919.

You must try it while you are in New Zealand. It is best tasted with some bread and crackers. 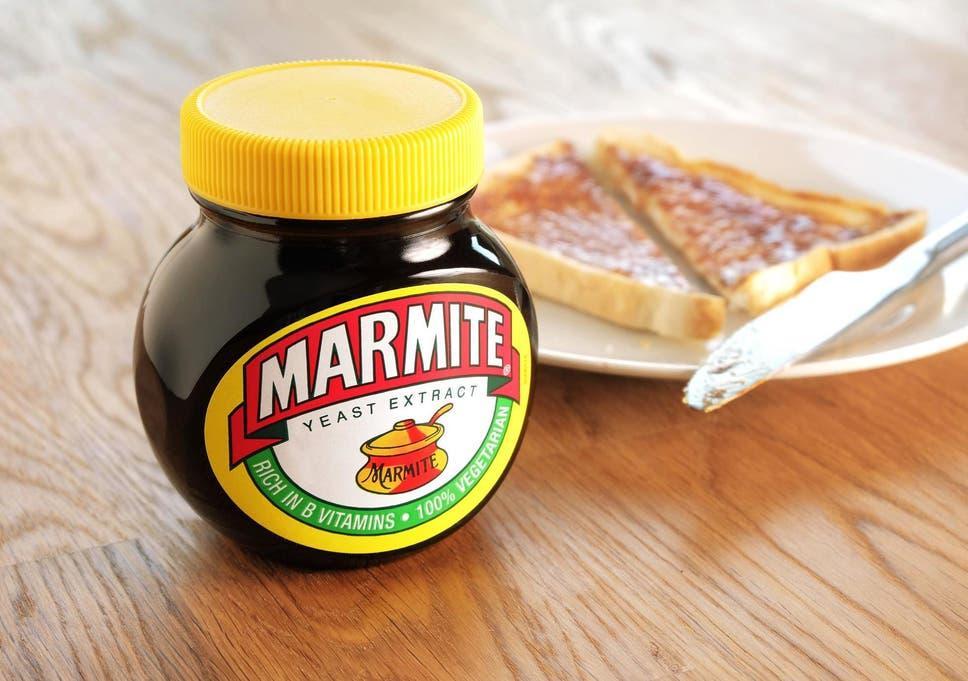 You must be wondering what a kumara is. Kumara is nothing but a special sweet potato natively called kumara.

Apart from eating it in the traditional way, locals also prepare some delicacies with it like Kumara Chips, Kumara Wedges and Kumara Croquettes. It is also considered as a good diet food as it is rich in fibres and low in fat.

So after consuming calories on your trip, you can totally give kumara dishes a try. 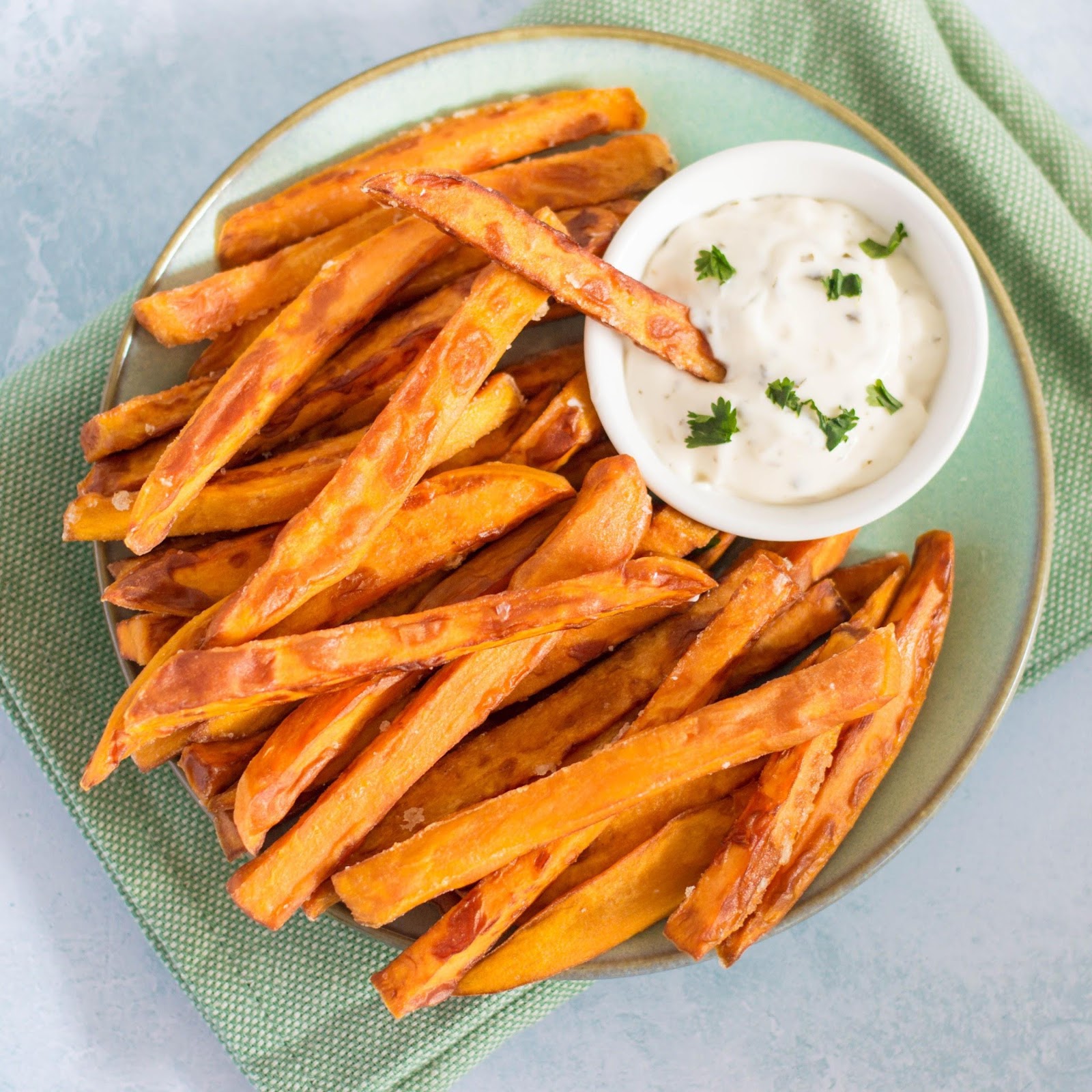 1. Which is the national dish of New Zealand?

Pies are known as the national dish of New Zealand. You can find to taste it anywhere across the country. It is stuffed with meat, cheese and more to make your day.

Marmite is prepared from yeast extract which might make it not suitable for the vegans to consume.

However it does not contain any animal products, so you can try it if you do not have a boundation for yeast products.

3. New Zealand is famous for which food?

Having a long coastline, New Zealand is known for its amazing seafood delicacies.

Though there are a number of options for vegetarians also.

4. What is a traditional food in New Zealand?

Maori Hangi is considered as a traditional dish. You must give it a try on your trip.

New Zealand is a mix of traditions and overwhelming modern delicacies. You cannot taste everything in a single day.

There are a number of best places to eat in New Zealand you will discover yourself while you are in New Zealand. Just plan your trip and be ready for some unforgettable once in life experiences.

2.  Extreme Sports In New Zealand You Must Try

No need to visit embassy or consulates,save your money when applying with us !

Get E visa in less than 48 hours

Track your visa online by providing your visa reference number